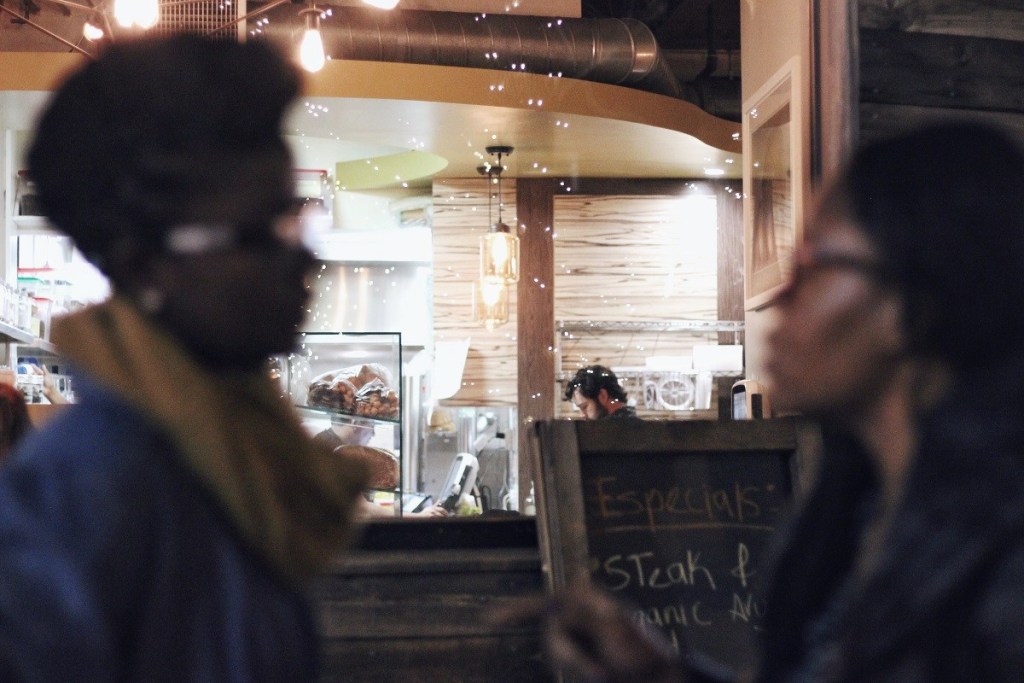 Ah, networking. Is there anything more gag-worthy?

Especially for an introverted Awkward Black Girltm like myself, just the idea of walking into a room full of strangers, shaking hands and doling out business cards, makes my upper lip sweat.

But I do it anyway.

Why? Because good ol’ fashioned networking is one of the best ways to take your career to the next level. Looking to change fields? Network. Want to make that side hustle a reality? Network. Just want a job? You get the idea.

Sure, it’s way easier to send an email or submit an application online, but you’re much more likely to make a memorable impression IRL. But how do you make sure that impression is a good one, especially if “putting yourself out there” doesn’t exactly come naturally?

One thing that works for me is to put my journalist hat on. As a j-school grad and freelance writer, one thing I’ve noticed is that journalism and networking are very similar. In both situations, you need to gain a person’s trust in order to gain information, whether that’s a quote for an article or the contact information for a potential client. And unless you’re blessed with the gift of gab, this might be the kind of skill you need to work on.

But don’t worry! Here are some things that the best journalists do in every interview that you can easily apply to your next networking event.

Of course, preparing for an interview is a little different than preparing for a networking event. For one, you likely don’t know who you’re going to be talking to so you can’t prepare specific questions, but you can still have a few general conversation starters ready to go.

“What brings you to this event?”

“What do you do for a living?”

“How did you get into that line of work?”

“What do you love most about what you do?”

Notice how these are all open-ended questions. These kinds of questions get people talking and keep the conversation flowing compared to more direct queries like, “Is this your first event?”

Does your body bristle at the thought of “small talk”? You and me both, my friend. But it can go a long way in helping people feel comfortable around you. There’s also a way to do it without resorting to inane chatter about this weird weather we’re having, eh?

One thing that every good journalist does is take in their surroundings. When you’re writing an article, adding details about your subject’s outfit or the way their knee shakes when their answering a difficult question adds life to your story. When you’re networking, you can apply this same approach by taking note of a unique accessory they’re wearing, for example, and paying them a honest-to-goodness compliment. This shows that you’re looking to make a real connection and don’t just want something from them.

Journalism can be a very extractive process, which is why reporters often get a bad rep. You get someone’s story, you publish your article, and then it’s on to the next thing. The same could be said for networking. Like I mentioned before, when people feel like the only reason you’re talking to them is to sell them something or get something from them, they shut down.

While it’s a good idea to have a goal for every networking event you attend, sticking too closely to it in every interaction may not be doing you any favours. Don’t get so caught up in your own motives that you forget to listen. For example, maybe you’re talking to someone and you realize that they have no need for your services. That doesn’t mean the conversation was a waste. Do you have a friend who has the skills they’re looking for? In that case, make the connection, keep in touch, and who knows – that person you helped could have an opportunity for you down the road.

Journalists rarely burn bridges (you never who could be a source for a future article!), and you shouldn’t too. Now go forth and network!