5 Tips I Learned From Starting A Magazine In University 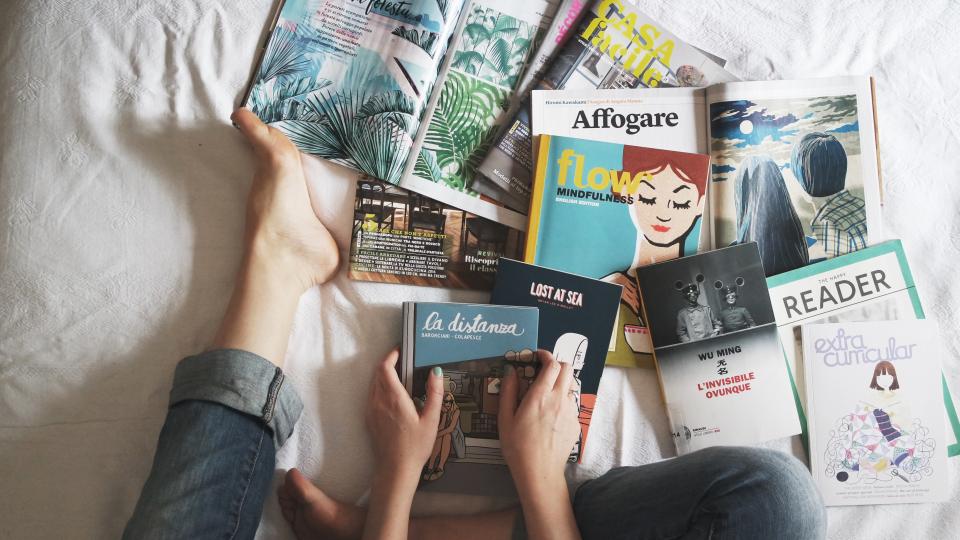 It all started in a dorm room.

I was a second-year journalism student and I was frustrated. I wanted to write but I learned quickly that my options were limited. I had the school paper, school assignments, and that was pretty much it. I wanted to write fun and informative articles like the kind I read on Glamour.com and HerCampus.com but I couldn’t find an outlet for a newbie journo like myself.

That is, until I saw this little question on the Her Campus homepage: “Ever dream of starting your own magazine?”

There it was. The answer. Inside, I was screaming, “yes, me, I have that dream!” So I rallied the troops. I asked my friend Harsimar to join me as a co-founder and roped in a couple other friends to join us. I put together the application, clicked send, and crossed my fingers and toes. Finally, weeks later, the bigwigs at HerCampus.com gave us the go-ahead and we hit the ground running.

Her Campus Carleton launched in February 2012 with just a handful of close friends and classmates on staff as volunteer writers, photographers, event planners, and social media managers. By the time I graduated in 2014, we had over 100 contributors on our mailing list and an executive board. But more importantly, it gave students like me, who were lacking in experience but bursting with enthusiasm, a chance to become real, published writers.

Do you have the same goal of starting a magazine in university? Here are some words of wisdom from my years as Editor-in-Chief of Her Campus Carleton that just might help.

“Great people do things before they’re ready.” This is one of my favourite quotes from one of my favourite comedians Amy Poehler. The idea of starting your own initiative is probably the most terrifying thing ever. One of the hardest things for me was just clicking ‘send’ on that first application. I was riddled with self-doubt: What if I’m too inexperienced? What if nobody wants to join? I didn’t feel anywhere close to ready to start a magazine but I knew I had to at least try. So I clicked send and never looked back.

If you’re still scared to start, then you can do what I did and get a friend to join you as your co-founder. Starting a new organization involves a lot of forms and paperwork. You also have to manage a budget, plan meetings, lead a team, etc. All of these responsibilities can be a lot on one person. But, with a partner, you can divide the work, keep each other accountable, and also motivate each other when times get tough.

I had big goals for Her Campus Carleton: reach this many Twitter followers by December, plan this many events this semester. Some we achieved, others we didn’t. One of the biggest things I learned from running the magazine was to manage expectations. You won’t always achieve every goal you set for your organization but every single one is an opportunity to learn. I can be pretty hard on myself but managing Her Campus Carleton forced me to think more positively and focus more on our accomplishments, than our failures.

When you’re starting your own initiative, you’re probably going to be working with people who are a part of your circle at first. To ensure that your club is productive and not just an excuse to hang out, have defined roles, expectations, goals, and deadlines for everybody on your team. Have regular team meetings to check in on progress and keep yourself organized with a club calendar. A great project management app to use is Asana, which allows teams to create to-do lists in a way that keeps everybody informed and on track.

Her Campus Carleton was more like a part-time job for me than it was an extracurricular activity. Almost daily I was emailing with writers and team members, copy-editing posts, publishing content, and planning events. But as the saying goes if you love what you do, it won’t feel like work. So whether it was an end-of-semester brunch social with the team, or a 90s themed fundraiser dance party, or even getting the chance to attend an international conference in New York City, Her Campus Carleton was as much a learning opportunity as it was fun.

Starting my own magazine helped me grow so much as a writer, a leader, and as a person. It also opened a lot of doors for me in my career. It wasn’t easy but it was definitely worth it. So if you’re on the fence of whether to start your own club, or magazine, or whatever you want to do, get off of that thing and do it! I promise you won’t regret it.